Valve has released a new update for CS:GO which reintroduces the Negev and the R8 Revolver in Competitive Matchmaking.
The official patch notes are listed below:

AUDIO
– Volume now decays smoothly over distance, instead of by discrete steps.
– Adjusted HRTF audio mix to more closely match sound quality without HRTF.
– Added snd_hrtf_distance_behind (default 100), which allows HRTF to more closely match the perceived direction of a sound source as seen by the actual player behind a monitor.
– Fixed a bug where music volume would be set to the maximum level while accepting a lobby invitation.

MISC
– Added Team ID option “Always On w/Equipment” to Game Settings
– Spectators can now use overhead equipment display.
– Fixed overhead equipment display not updating in some cases.
– Fixed orientation of stickers on dropped weapons.
– Adding Game State Integration output for use by tournament organizers. New output for player equipment value (with log_level 3), showing the observer slot for each player and adding a new ‘PhaseCountdowns’ feed for timing the end of warmup/freezetime/round ends. 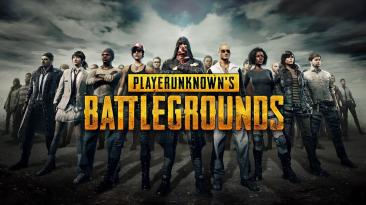 Bluehole has announced the second update ready to deploy this thursday, 06/04/2017, and it will be deployed for both clients and servers at 8am UTC. What you can expect...

Coldzera with an outstanding awp ace on SK Gaming vs BIG match, during group stage @ PGL Major Krakow 2017 WEBSITE: www.majorbase.com If you enjoyed this video...

captainMo AWESOME ACE in ELEAGUE Major Qualifier MOUSESPORTS vs TYLOO WEBSITE: www.majorbase.com If you enjoyed this video, Don’t forget to live a like and/or...