In Borderlands 3, chaos returns and comes for all angles, especially if you go with friends through the numerous worlds. And just like in previous installments it comes with multiple ways for you and your friends to reestablish peace once again.

The Borderlands series is known for its madness and hilarious co-op sessions. The biggest difference to previous versions is the new scaling system in Borderlands 3, this was introduced to solve the problems with possible level differences among players and the enemies they face, but this means that although you play in coop, the individual players are still in their own instance and all enemies are adjusted to the level of the respective exterminator.

This feature is optional, so any of the players can go on the settings and switch off the level scaling, but you probably aren’t interested in doing it, because level scaling is aimed primarily at players who want to play with their friends, even though they have a much higher level.

For the friends of the old style of play, there is also split screen mode called Couch-Coop, and with it you can play with friends via split screen on your sofa at home. However, this is only possible on the PlayStation 4 and Xbox One.

The loot doesn’t have to be shared with other players, but rather each player gets his own loot. No more “first come first served”. From now on, you can take all the time in the world to sort and record your loot but if prefer the old version, you can also change this in the settings.

Unfortunately, there won’t be crossplay, at least not in the release day of Borderlands 3, which means it will not be possible to shoot and loot with players from other platforms. However, Randy Pitchford, CEO of Developer Gearbox Software, announced via Twitter that the developers are working on it. He says that crossplay should be implemented as early as possible and that they are working with all their partners to bring it into the game.

And you can always switch between online and offline mode. To play Borderlands 3, you need to have a stable internet connection.

Borderlands 3 will be released September 13 for PS4, Xbox One, PC, and later on Google Stadia.

So far, CD Projekt Red had confirmed that a multiplayer mode for Cyberpunk 2077 would be in R & D mode (research and development) at the studio in Wroclaw. Now...

Valve has released a new update for CS:GO which reintroduces the Negev and the R8 Revolver in Competitive Matchmaking. The official patch notes are listed below: CSGO... 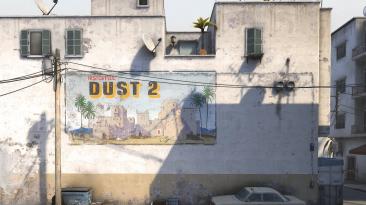 Counter-Strike’s most iconic map was removed from the Active Duty map pool and replaced with a new version of the map Inferno, back in February, 2017. Valve at...